"Clementine Porcelain is the product of a creative and ethical collaboration between Tracy Shell and Jesse Ross, conceived to direct our shared passion for making toward the alleviation of need in our local community. Our first priority is service, not profit. "

Compelled by porcelain's visceral beauty, Jesse creates ceramic tableware and architectural ornament designed to facilitate the clay's natural elegance. While Jesse's relationship with the clay and glaze is more coercive than cooperative, Tracy's forms and surfaces are the artifacts of an empathy for the material. Her intuitive process coaxes the clay into organic forms of seductive subtlety.

Tracy develops her forms using an adaptation of Wazumi, a slab/coil technique acquired while apprenticing with Fujita Jueroemon, an eighth generation potter from Echizen, Japan. Jesse, on the other hand, generates his designs from materials other than clay.

Jesse spent four years in the ceramics studio at the College of William and Mary learning to throw. After struggling to keep his stay in the studio, he completed his formal education with an MFA from UNL. Tracy found clay at the University of Montevalo. She then apprenticed in a Japanese pottery for three years before returning to pursue her graduate studies at RIT's School for American Crafts. 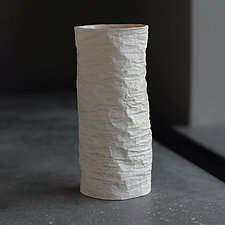 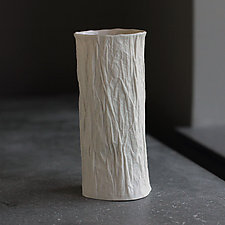 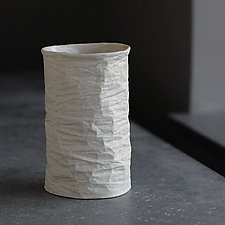