"I want my work to move, to change, and by doing so, to express energy."

Elizabeth Earle works from a small studio in her home on Bainbridge Island in Washington, where it is dark enough to see the stars at night. She is inspired by molecular structures, orbiting planets, and the life that goes on in between and beyond.

Earle uses a variety of techniques and finishes to create her jewelry. Working mainly with sterling silver, she incorporates some gold-filled beads along with some semiprecious stone beads. She uses an oxygen/acetylene torch set up to hand fabricate her pieces.

Earle earned a BFA in metalsmithing in 1984 from the Philadelphia College of Art (now known as University of the Arts). She then apprenticed with a number of jewelry artists until she went out on her own. Her work is sold nationwide by many museum shops and art-to-wear galleries. 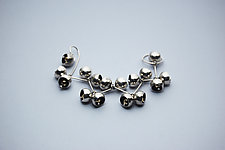 Nebula Bracelet I
Gold and Silver Bracelets
by Elizabeth Earle
$ 200 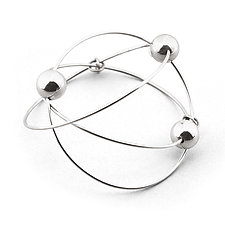 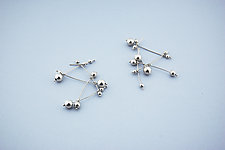 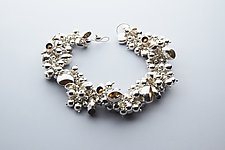 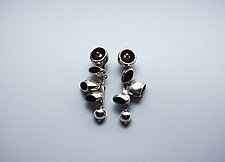 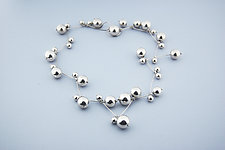 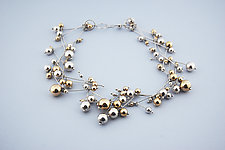 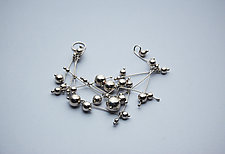 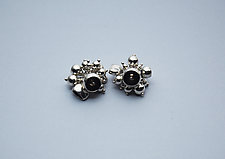 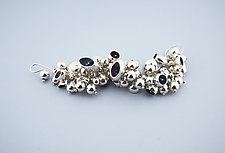 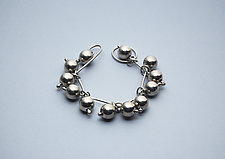 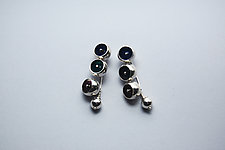