"Painting has always been an important part of my life. Through the process of experimentation, my work continues to evolve as I explore new subjects and techniques. I look forward to each day and the opportunity to learn something new about my craft. At times, I enjoy painting outdoors, but I usually prefer painting from my imagination in the solitude of my studio."

Jim Barker's early artwork was influenced by the hills and fields of southern Missouri. Drawing and painting were his passions. His landscape work has progressed to include more abstract versions of his early beginnings. Breaking down elements into abstract shapes and experimenting with color have opened up a new world of ideas to explore.

Barker's early work was done in watercolors. The versatility and ease of using this medium in the field allowed him to do many sketches and paintings. He worked with oils in the studio and eventually progressed to acrylics. Now, he finds that mixed-media suits him as a more creative, spontaneous approach to his work. He uses paint brushes, palette knives, and scraping to create the desired results.

Barker's academic education began at Central Missouri University, where he majored in commercial art. He later studied painting at the University of Missouri in Kansas City. Since becoming a full-time painter, he has enjoyed the opportunity to exhibit with many galleries over the years. He presently lives and shows his work in the Southwest. 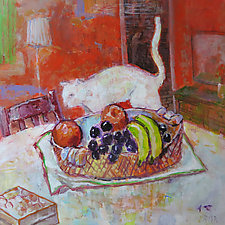 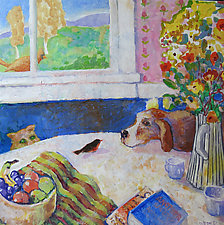 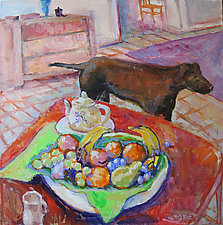 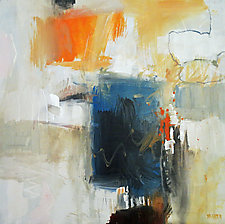 Out of the Mist
Mixed-Media Painting
by Jim Barker
$ 420 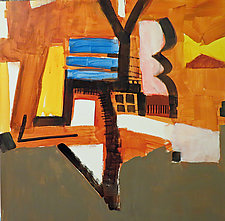 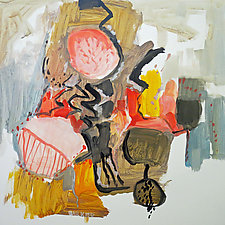 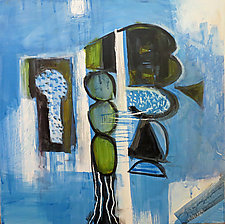