"My functional work in cast porcelain is inspired by the spiral."

Her one-of-a-kind teapots and vases appear two-dimensional, though in fact, they exist in three dimensions. Made of two halves joined together, each shape's silhouette is enhanced at the seams. These pieces focus attention on the energy and relationships of these two-part forms. The idea of contrast is significant as she works with both sides of a vessel and considers the concept of the oppositional forces of light and darkness.

Shaw creates her work through slip casting, which involves pouring liquid clay, or slip, into a plaster mold. The original models for the molds were created from thrown cylinders cut on an angle and joined. She develops new designs by taking sections of earlier pieces and re-assembling them. In this way, a shell bowl morphs into a butter dish, and sections taken from a column vase became a sake set. Multicolored glazes add another dimension to her work. A layered look is achieved by sponging a gloss glaze over a matte base, often resulting in a color that is complex and difficult to name.

Shaw earned a BA in French literature from Swarthmore College and an MFA in ceramics from State University of New York at New Paltz. Her work has been shown in group and solo exhibitions across the USA, and can be found in prominent public and private collections, including The Renwick Gallery. 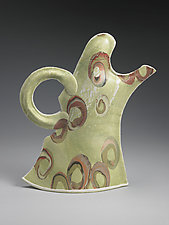 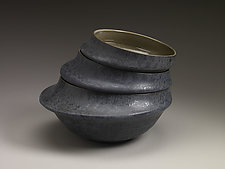 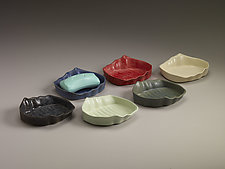 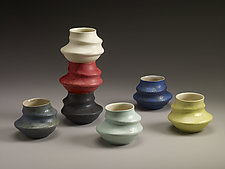 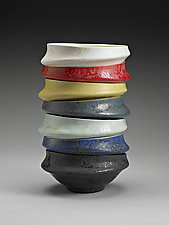 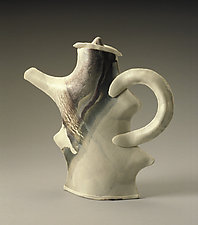 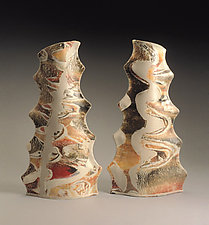 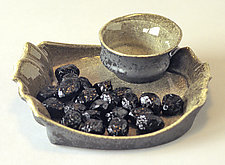 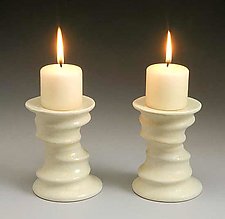 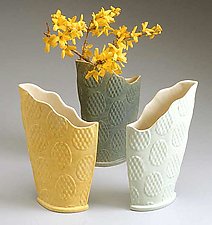 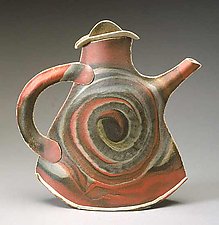 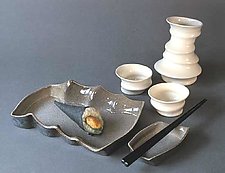