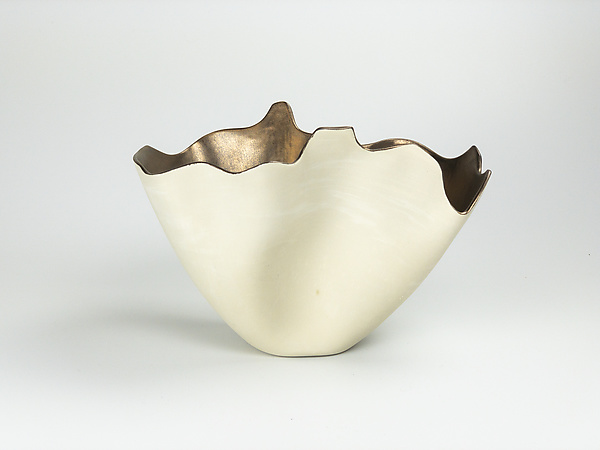 Created by Jean Elton
Rated 5 based on 1 customer reviews
The original model for this shape was turned on a plaster wheel, from which a casting form was made. The casting form is one piece which enables the final work to be cast without seams, which often cannot be otherwise eradicated from the final form. The resulting shape makes a strong impression, yet is both visually and physically light.

The work is first fired to approximately 1800 degrees F, then gold glaze was applied to the interior leaving the exterior unglazed. The interior is finished with a metallic glaze.

The object emerges from the second firing, which requires approximately 2100 degrees F, in it's final form; a lightweight (approximately 3 pounds) yet sturdy vessel that can be used as an elegant vase or as a purely decorative work of ceramic art.