"My mission is to find all the small, seemingly chaotic elements around me and create a harmonious environment of them."

Marek Jacisin was born and raised in Czechoslovakia where he received a master's degree in Economics. After moving to the United States in 1987, he was finally able to pursue his dream--art!

Jacisin's designs are based on patterns and geometric forms. The artist appreciates the expressive quality of simple shapes and enjoys creating contrasts in surfaces. He finds inspiration in everything around him, from elevator buttons and manhole covers to the terra-cotta architectural fragments of Boston's historic Back Bay. His work includes one-of-a-kind slab-built sculptural pieces, mosaics, tiled screens, and a limited series of slip-cast tiles.

Jacisin's sculptures and mosaics begin life as drawings on paper. Some of these sketches he redraws on a digital art pad and feeds into a computer. Others he transfers directly to clay by redrawing the design on the sheet directly on top of the slab using a sharp needle tool. Jacisin works with two slabs of clay placed on top of each other. The top layer with the design is carved away and a clay model is cast into a plaster mold. Then the tiles are slip cast with a white low-fire or terra-cotta ceramic slip and bisque fired. Jacisin brushes the piece with glazes and fires a second and final time. 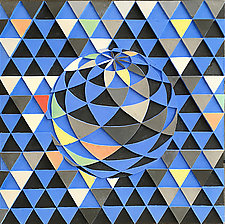 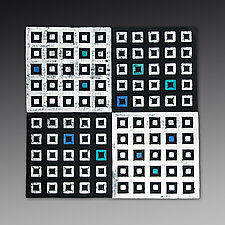 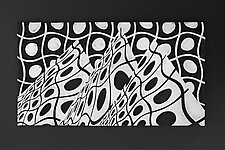 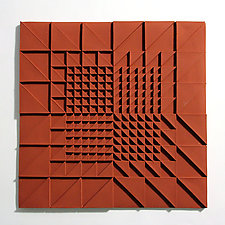 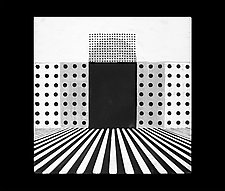 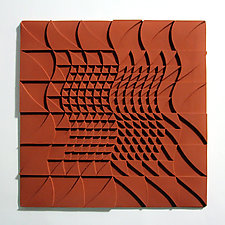 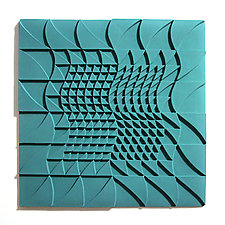 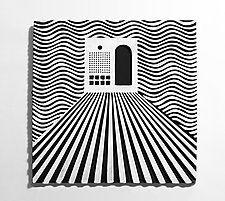