"For years I have been photographing the cowboys of the American West. I try to give an honest, fresh account of what is clearly an authentic—but vanishing—American subculture."

Cowboying as an art form is almost obsolete; still, the cowboys hang on with a ferocious tenacity. The cowboy tradition has its roots in the oldest of human conflicts: man against nature and man against himself. It is these conflicts that Adam Jahiel tries to reflect in his photographs. He does not "remake" the cowboys into romanticized, Hollywood images. Instead, Jahiel considers his photographs to be "found" images, in keeping with his commitment to authenticity.

Adam Jahiel is an internationally recognized photographer whose work has taken him all over the world, from the American West to Kyrgyzstan. He has worked extensively for the motion picture industry and has photographed many adventure projects—most notably, the landmark French-American 1987 Titanic expedition. His poetic and dynamic images are in the collections of the Nevada Art Museum in Reno, the Art Institute of Chicago, the Museum of Fine Arts in Boston, as well as private and corporate collections. 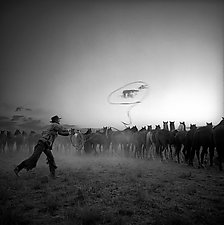 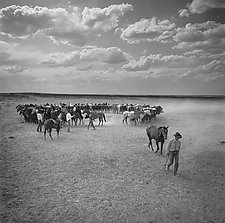 Part of His String
Black & White Photograph
by Adam Jahiel
$ 480 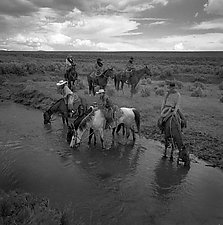 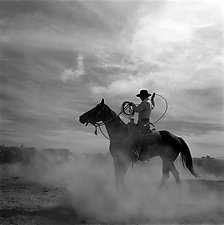 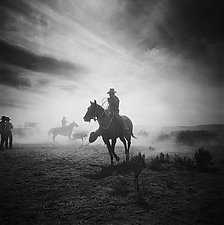 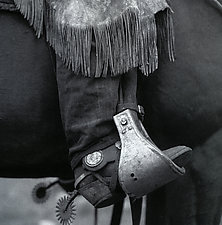 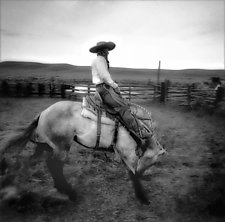 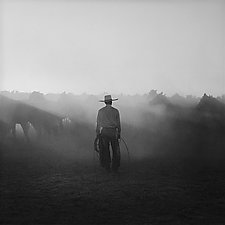 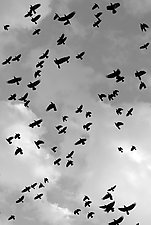 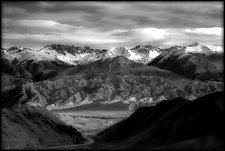 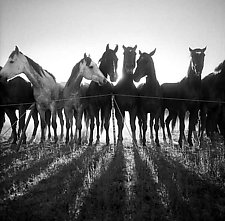 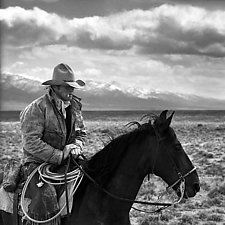 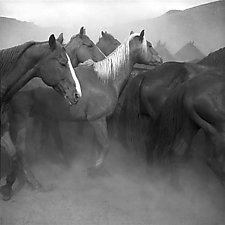 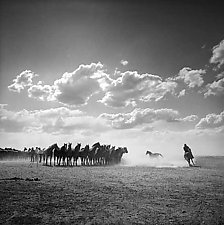 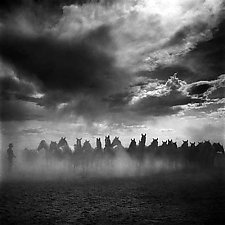 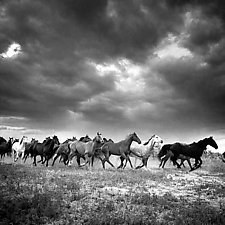