"My paintings are primarily spatial and chromatic explorations. Formally there is an oscillation between two and three dimensions, juxtaposition of pattern and field, and ambiguity of viewpoint. The exploration begins with initial gestures that are then reexamined, altered, and sometimes discarded. The under-painting and reworking is never fully contained, preserving a transactional quality and allowing a reading of depth and process. Beyond the formal, there are conceptual notions of cultural reference and temporality. This is attempted through a suggestion of emblematic signifiers, subtle representation of recognizable objects and language."

Ed Kranick, born in 1967, was raised in New York where he began creating art in various forms from an early age. In 1991 he graduated from Cornell University's College of Architecture, Art, and Planning and soon moved to Seattle to pursue a career in architecture and continue to entertain his interest in art. As an architect, Kranick has been involved with several local design firms and collaborated with Rem Koolhaas' Office of Metropolitan Architecture to build the Seattle Public Library. Seattle offered the opportunity to study under several local artists, where Kranick expanded his skills. He now owns a studio in the Pioneer Square district, where he divides his time between art and architecture. 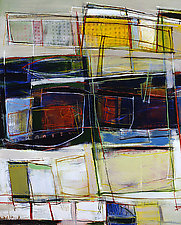 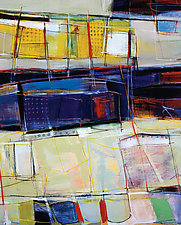 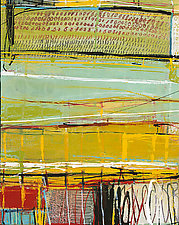 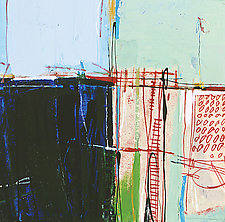 Town and Country I
Giclee Print
by Edward Kranick
$ 273