"My work evolved out of an intimate love and understanding of Americana."

Jason Watts's paintings portray a complex, dynamic world that is grounded in the Midwestern landscape, using nostalgic references to blend past, future, present. Though his paintings have universal relevance, his choice to focus on the Midwestern American city gives his work a narrative presence. He sees his work as a unique window to the past, yet always with an eye toward telling his own story. His work references his heroes, like Edward Hopper and the Chicago imagist Ed Paschke, while sharing a fondness for vintage neon signs, amusement parks, street signage, and a general optimism and nostalgia that evokes an alternate pop world.

Primarily working in oil and egg tempera, his process incorporates many thin glazes of transparent color to arrive at the saturation that give his pieces a certain dramatic depth and surface quality.

Jason Watts has shown his paintings in galleries across the country from Delaware, Baltimore, and Washington, D.C., to New York City and Chicago. His paintings are part of many private and corporate collections. 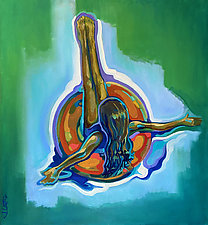 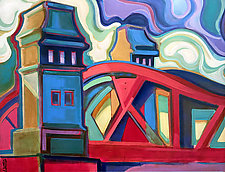 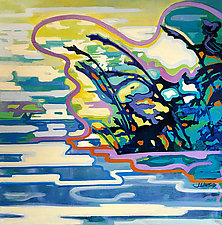 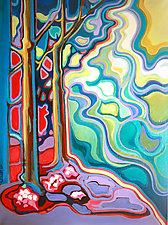 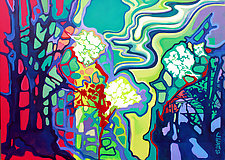 The Clouds Between
Oil Painting
by Jason Watts
$ 2,400 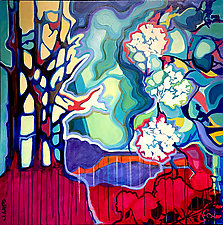 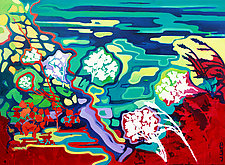 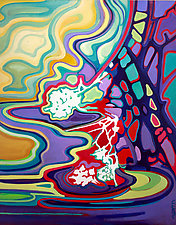