"I've always been drawn to the challenge of combining function with design. Often, the task of designing something functional requires compromising the design. This is my inspiration—to create a lamp that is as functional and artistic as possible."

As a wildlife biology major, Stuart Loten was a semester away from his degree. Needing to take an elective, he chose an art class, the first exposure to art he had ever had. A week later, after a heated telephone conversation with his father two-thousand miles away, he changed his major to art, and the rest is history.

The technique of silk painting involves stretching silk on a frame. Using hand-mixed dyes, Loten paints the silk with brushes and then steams it to set the dyes. The bases are mostly steel that has been welded and finished with a clear coat to prevent oxidation and rust. 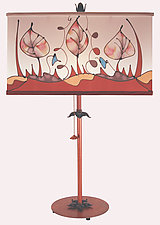 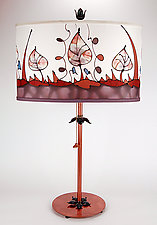 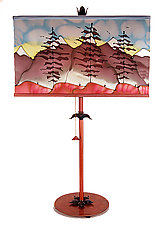 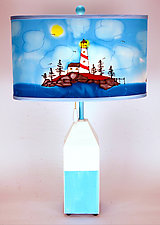 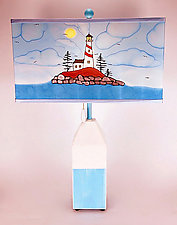 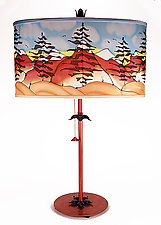