"Everything in a state of flux, changing and reforming. Nothing is permanent and nothing stays the same. I try to show the thoughts and feelings of the human condition."

Sculptor Mark Chatterley is interested in the dream world, the real world, and the place that exists in between. Sculpting animals that directly engage the viewer on an almost human level, Chatterley individually creates each clay sculpture from the bottom up.

Starting with an eight inch slab of clay, Chatterley slowly builds his forms, allowing each section to set up before the next slab is attached. It can take him several weeks to build each figure. His bubbly and bumpy surfaces are created with a signature crater glaze that the artist has developed. As Chatterley says, "These pieces are like dug up relics of a time to come." Each piece is fired twice with the second firing hot enough to vitrify the clay, allowing the sculptures to live outside year round.

Chatterley received a BFA and MFA from Michigan State University. His work can be found in diverse public and private collections worldwide. 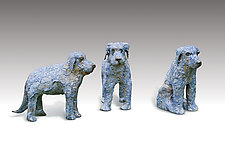 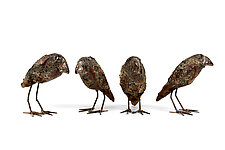 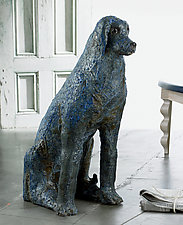