"The work of Stephen Huneck is like laughter -enriching and uplifting to the soul. Boston Magazine"

Stephen Huneck was a self-taught sculptor and celebrated folk artist, who died tragically in 2010. His many solo exhibitions frequently sold out during his lifetime, from New York to Tokyo. And as a result of more than thirty museum exhibitions, his works are now in the permanent collections of museums throughout America, and in Australia and Russia. .

Huneck also wrote and illustrated ten books featuring his woodblock prints, including My Dog's Brain and the New York Times best-seller, Sally Goes to the Beach. The woodcuts that enliven these books landed him on the morning shows of all of the major television networks plus the Oprah Winfrey Show. In 2004, his life and art were documented in the biography, The Art of Stephen Huneck.

Stephen Huneck spent his days in his light-filled studio at the at Dog Mountain compound in St. Johnsbury, Vermont. To create a woodcut print, he first drew the design in crayon, laying out the prospective shapes and colors. He then took a thick wooden board and carved away all areas that would not be printed. Each color required a separate hand-carved block.The finished woodcut is a truly original print, each one slightly different from the rest, printed in strict editions of 500 signed and numbered prints. 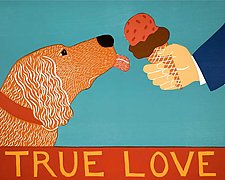 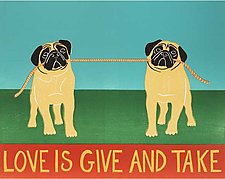 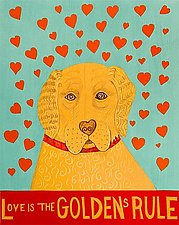 Love is the Golden's Rule
Giclee Print
by Stephen Huneck
$ 180 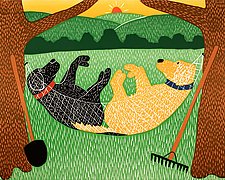 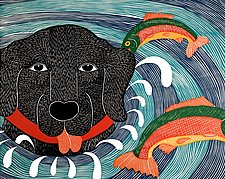 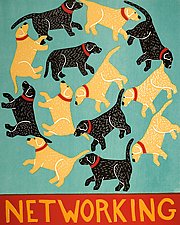 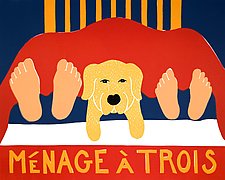 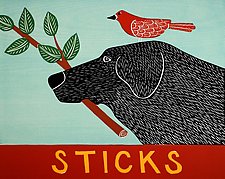 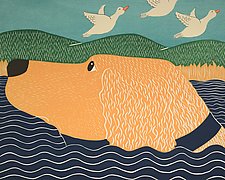 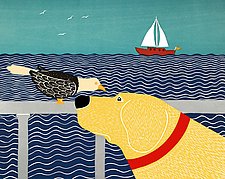 I See A Bird
Giclee Print
by Stephen Huneck
$ 180 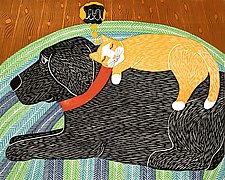 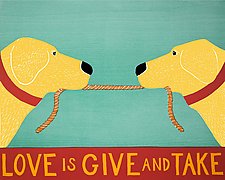 Love Is Give and Take
Giclee Print
by Stephen Huneck
$ 180 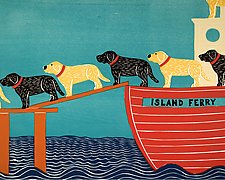