"I learned that through the language of color I had a voice of my own."

During art school, Lori Austill was told by her instructors that she liked paint too much. In her effort to fuse texture with form, she would enthusiastically gob paint on canvas. Much to her delight, in her last month of school, she discovered that painting on plaster was a marvelous medium to combine her excitement for color and texture, and she now enjoys those similar qualities with her encaustic painting.

Encaustic painting, an ancient technique developed in Greece and Egypt, involves using hot beeswax, pigment, and tree sap (damar) as paint. Austill melts colored wax in tins on a griddle and uses the griddle as her palette for mixing colors. She then paints in thin layers, fusing one layer to the next with a propane torch. Her most recent encaustic paintings explore the magic of color in nature's forms—gardens, forests, and water. The world of color and motion constantly reminds her what a miracle life is. The more she focuses on that, the better able she is to live and paint in an honest and empowering way.

Austill received a BFA from the Portland School of Art in Maine in 1985. She went to art school planning to study ceramics, but fell in love with sculpture because of the possibility of being able to use a wider range of materials. Eventually, she became enraptured with painting and discovered the power of color. Today, her works can be found around the world and have been purchased by individuals, corporations, and educational institutions.

A Planet Worth Saving 1
Encaustic Painting
by Lori Austill
$ 2,900 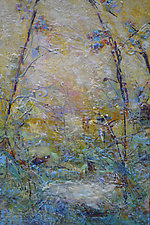 A Planet Worth Saving 2
Encaustic Painting
by Lori Austill
$ 2,900 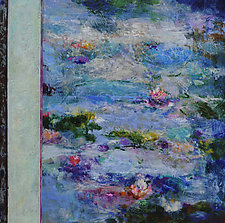 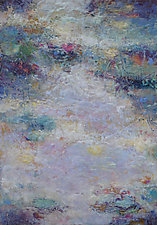 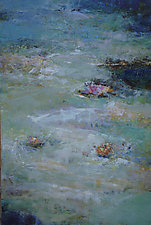