"Form is everything; I stretch clay to make canvases for decoration."

Nicholas Bernard seeks to create flawless forms that speak of five thousand years of ceramic tradition. Bernard's inspirations are many, from the classic forms of antiquity to the simple, graceful pots made by indigenous peoples and the work of modern studio potters. His current body of work deals with simple, clean form. Handles and other flourishes are conspicuously lacking. Dramatic color and subtle texture accentuate what he hopes is a mastery of the traditional vessel form.

Bernard throws each piece on the potter's wheel using earthenware clay. The surface is finished with layers of textured, colored slips and oxides. The work is fired multiple times in a gas or electric kiln to cone 03 (approximately 2000°F).

Early experiences with clay as a child left a mark on Bernard. After earning a BFA from Arizona State University and learning even more through apprenticeships, making pots became a way of life. Bernard has been a studio potter for more than 30 years, living and working in Arizona for much of that time. Even after 30 years, every day in the studio is an adventure. 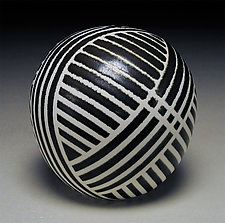 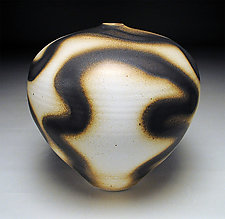 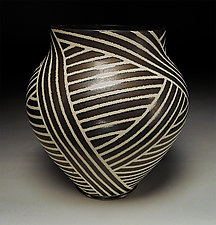 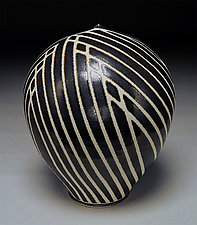 Bottle with Stripes and Diamonds
Ceramic Sculpture
by Nicholas Bernard
$ 295 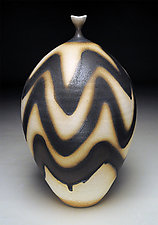 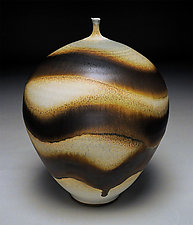 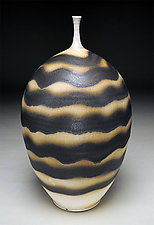